I’m sad to report that I would now be categorised as “middle-aged”. Urrghh – how did this happen? As abhorrent as the idea is, I must admit there are times where I do get little subtle reminders that I have lived a little and along the way have managed to find some sort of wisdom. So when I’m relaxing in front of the TV and find myself watching ads for payday loan companies, I tend to get angry. It’s not that these types of businesses are anything new. The main difference as I see it is that in my youth such businesses would have been called pawn shops or loan sharks – only used by people in absolutely dire circumstances and there is no way I could ever have imagined myself delving into that murky world.

Apart from that, I had a part time job and I guess by following the example of my parents I had developed a healthy mix of spending and saving, all executed within my means. Now forward from the 1980’s to today, where I see ads for instant cash transfers that you order from your mobile phone. There are two adverts in particular that come to mind and each time I see them, I’m left seeing red at the bad example they are setting. One involves two male friends at a pub, and one spots a good looking girl and he wants to buy her a drink. The friend suggests he call a payday loan company that will transfer money to him within a matter of minutes. Reality check – in my mind the sequel ad should show the guy subsisting on bread and water for the next few weeks because the round of drinks was so expensive after factoring in the price of the loan that he can’t afford to eat. In my version the girl is long gone, of course – enjoyed her drink and thought the guy was cute but couldn’t get past the fact he was broke and irresponsible.

Back to TV world, the other advert involves a girl getting told off about her expensive mobile phone bill. Despairing over not being able to pay the bill and attempting to absorb the unimaginable advice that she should curb her social media “selfie” habit, she opts to get a pay day loan. The normalisation of these situations and the accessibility to a quick fix solution combine to create a really frightening situation.

The Herald Sun (18/03/15) recently ran a story titled “Payday Loans Alarm – Depth of crisis a riddle”. The story advises that payday lending has grown a whopping 125% in the past 7 years, with ASIC deputy chairman Peter Kell stopping short of calling for a ban. “In just about every jurisdiction on the planet there is payday lending of some sort, but we need to be sure the sector operates in a way that those financially vulnerable people are not harmed” he said. The abovementioned Herald Sun article also states that Choice spokesman Tom Godfrey said that such lenders were “going gangbusters” and often asked borrowers to repay the “staggering” annual equivalent of up to 700% in fees and interest.

When I think about my own children and how sponge-like they are when it comes to absorbing the information overload available to us in this technology driven world, I start to become concerned. How can I make sure they understand the basics – like you can’t spend more than you earn, sometimes you have to stay home instead of going out, you can’t always get what you want (insert background music by the Rolling Stones here). So how do you get this message across? It’s very hard to counter the slick advertising campaigns that target young people. Unfortunately this is only a tip of the iceberg but I am proud that at Income Solutions we have developed several presentations that focus on some common sense simple strategies applicable to all ages and circumstances. We aim to demonstrate that financial planning is for everyone, young or old (even middle-aged……..), well established or just starting out, professional career or apprentice tradie. If advertising messages are powerful, I’d say follow Nike’s slogan and “Just Do It”! Get educated (not by the TV) and start the journey today. 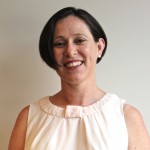